DJ/producer and label founder, Eddie Niguel, rolls up his sleeve and turns up on our 10th anniversary podcast series, with only things to groove on. Enjoy this deep-house oriented set by one of Singapore’s finest and behold of this composed artistry matched with an incredibly rhythmic intuition that can’t be learnt, but can be felt… and feel it you will.

Don’t miss out the free 10-days download, directly from Integrity Records‘ vault and add it up to your collection. [Closed]

This mix was recorded sometime in October 2016 using Live Intro (v1.1) and a first generation Novation Remote Zero SL Controller. Limited functions and really old ware as you can see but it does the job for me. I use this set-up at home for the recording of my dj mixes if time is not of the essence, otherwise it’s usually CDs or Traktor Scratch Pro mix on the fly these days and on rare occasions Technics 1210s.

How would you describe the mix to us?

I always struggle when selecting tunes for 1hr mixes or podcast as there are way too many tunes i’d like to include in the mix. It’s tough to give a true impression of my style accurately as I play a wide range of styles from house to techno and anything in between. Having said that I’d like to think this mix does gives a glimpse into the style of music that you’d most likely here me play out at my gigs. A mix of the finest deep house to peak time mainroom cuts and beyond.. :)

You’ve shared stages with so many artists, including Rødhåd, KiNK and Steve Lawler. When looking back, do you consider that these experiences were essential to your way of mixing music today?

I’ve been a full-time dj for about to 20 years now and while I am very grateful to have had the opportunity to play alongside these very talented artists, the only one out of the three you mention that might have in any way influence my way of mixing music today would have to be Steve Lawler. Steve during his early days at ‘Harlem Nights’ @The End and his ‘Lights Out’ mix series really did show me how long and wide a range a dj could play without sounding too in your face and self-indulging. He might not be as in demand as he used to be or ‘artist of the year’ but at his peak he was one of the best residents out there alongside Danny Tenaglia, Carl Cox, Sven Vath and a few others. Looking back, I’d have to say that even though more than a few DJs have actually influenced me in one way or another, I’ve always known exactly what kind of a DJ I’d like to be and have always worked hard to developed my own style early on in my career.

You make music that seems of the genre that could be listened to for hours. You’ve even been awarded for your talent and released on several labels such as Midnight Shift, Dig Deeper & Get Physical. Since when did you start your amazing venture into music production and what inspired you in general?

I’m really glad that you feel that way as my main goal in music production is to create timeless pieces of music, tracks that you could listen to years later and still be able to appreciate it regardless of what’s in fashion at that point in time. I actually started venturing into music production very late on in my career, had my first release out in around 2009 on the Japan based label ’Nohashi’ founded by acclaimed House producer Toru Shimada who goes by a hundred of monikers when producing, in which I also happened to have found out about after I heard his track ‘RRR’ on Steve Lawlers ‘Lights Out’ mix under his ‘UN7’ alias.

Anyway, I was fascinated by the special edits that I hear other guest djs play out during their sets and thought that it would be really cool if I could do my own edits too. This was probably around 2001, I later got myself a copy of Sony’s Acid Pro thereafter and started messing about . Over a year later i had a couple of edits that sounded pretty good by my standards but it wasn’t until I played one of them out at a festival here in Asia that a Global Underground artist, I can’t really recall who is who now, but it was either Pako or Frederick who came by and asked me which remix version i was actually playing because he has the same track but didn’t have the version he just heard. I told him that it was an edit that I did and he said he really loved it and asked if it was cool that I gave him a copy, I was so excited that I gave him the only copy I had then immediately. That moment gave me a boost in confidence that maybe if I put some time in music production i could actually take this edit thing further, and for the next few years I just really learned from any resource that was available. I was lucky to have had some help along the way from one or two friends who had some experience as well. A friend of mine ‘Kenny Wee’ who ran the Pure Substance record label also gave me my first break as an official remixer during my learning years which I’m forever grateful for but it wasn’t until i won the Get Physical Music remix competition in 2009 that I was really inspired and thought, maybe, I could really do this whole music production thing. And the rest as they say is history.

Your new EP, ‘Back 2 Basics’, is out on Integrity Records and features tracks with exceptional rhythms wrapped in a deep beat-structure… it’s practically a killer. Well where did the title of the EP come from? What is the meaning behind?

Thank you, it’s always great to have such lovely feedbacks about my music. When I started the label, I was thinking about the music format and how I can develop as an artist and grow the label as well in the long run. I didn’t wanna be stuck to a certain style or sound or only release music that’s in fashion and i figured that if I started from scratch, I would have more room to grow both the label and myself. With that in mind I went and back tracked my career path and the influences that have helped shaped who I am as an artist today. I thought that would be a great idea and the perfect title to kickstart the labels first release, “Back2Basics”. As for the meaning behind the release, I would prefer to leave it open to interpretations and have decided to leave you with this instead.. “In a time when the world is telling us which way to go and how to live, it is good to remind ourselves of the basic principles of living…”

Tell us a bit about TBR.Mixmaster

TBR. Mixmaster is an online mixing, mastering and vinyl cutting service that i officially started in 2015. I noticed there was a lack of resource for independent electronic artists and labels here and those who choose to get their work professionally mastered or vinyl cut by a professional were paying unusually more than the usual industry rates for some reason. Friends and labels that i was working with here also had little understanding about this side of the business so i decided to do something about it. I felt that with my experience i could help those (especially those starting out) who are keen on taking their production quality to the next level without breaking the bank. I have to say this though, apart from a handful of artists here, the majority still chooses to send their work elsewhere even though they are spending thousands of dollars only to achieve similar results (imo). I sincerely wish artists here were more forthcoming as 70% of the artists and labels i have serviced are based internationally and not local. Having said that, i’m proud to say that in the last year or so, we have been delivering affordable, digital and vinyl mixes/masters for artists such as Andreas Gehm, Francois K, Mike Dunn, KiNK, Basic Soul Unit, Amelie Lens, Kirk DeGiorgio, Whitesquare, Lele Sacchi, Karim Sahraoui, Marco Bernardi, LFDM, NT89, Rivet and many more. Hit me up and give us a shot if you require any of these services, i offer special rates for Albums/EPs and Compilations to Indie artists and labels.. :)

Could you name 5 records that contributed in moulding the artist that you are today?

This would be a tough one.. far too many records that played a part but i’ll try to name the first few that comes to my mind.. 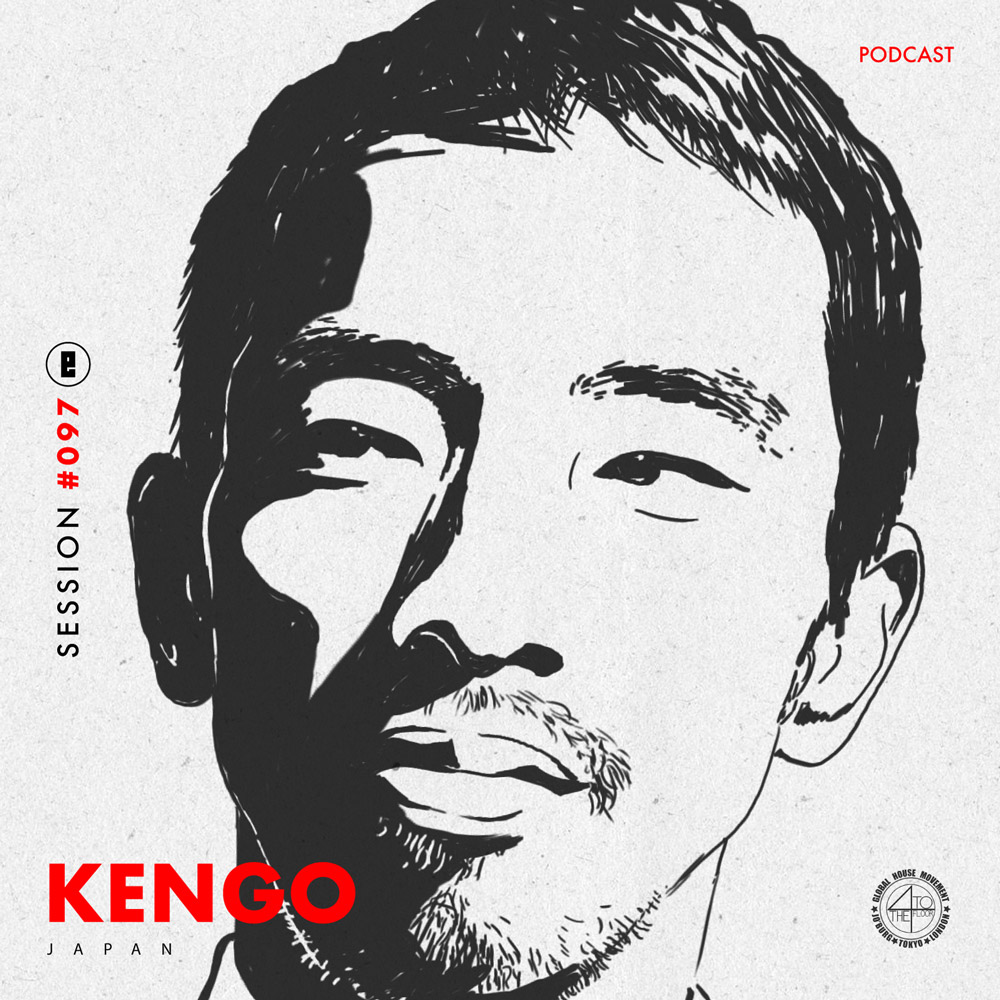 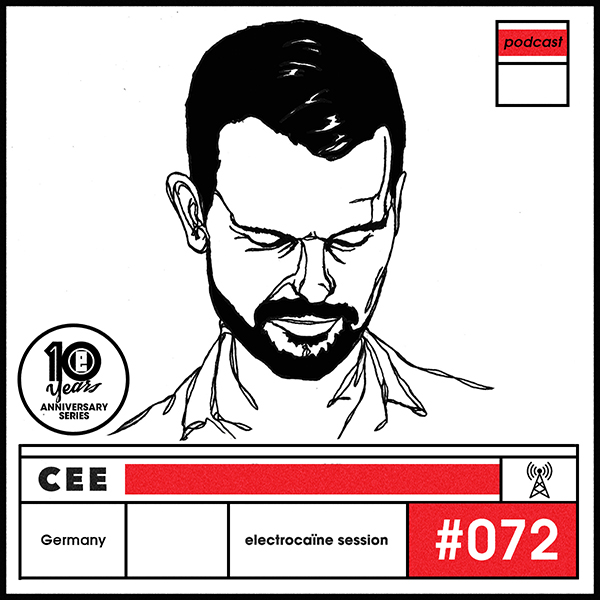 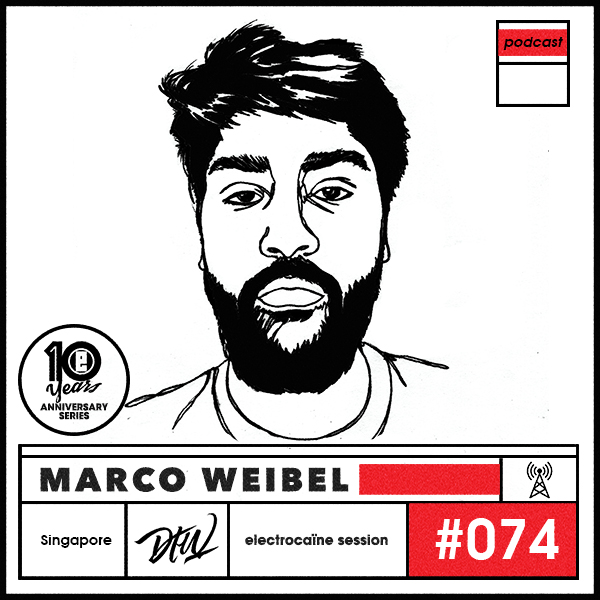